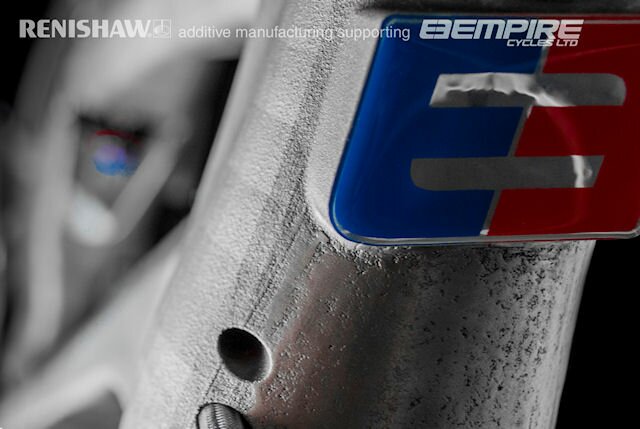 We made a 3D printed titanium version of our MX6-EVO and it seems the whole world wants to know about it.

Theres been loads of coverage of the bike - which weve called the MX6-R - in the general press as well as the specific cycling and engineering media.

Some of the facts have been lost, or a bit garbled in the rush to spread the exciting news. So we thought wed boil it all down to the important stuff and try to explain it simply but correctly. Were detail-obsessed control-freak engineers after all, so we needed to get the straight-from-the-horses-mouth story out there!

The MX6-R is a 150mm travel full suspension enduro mountain bike. There is currently just one in existence. It has been made by a technique called "additive manufacturing. Additive manufacturing is one of a few techniques that are known under the collective umbrella of "3D printing.

The MX6-R is made of additively manufactured titanium sections which are then bonded together using a 3M structural epoxy adhesive. The guys with the magic additive manufacturing machine are fellow British engineering bods Renishaw.

Empire and Renishaw initially only had plans to make the MX-6s seat tower via additive manufacturing. The resulting seat tower was significantly lighter than the standard aluminium version (200g versus 360g) and proved to be hugely strong, passing EN testing standards by a factor of six. Once the seat tower was completed both parties were so pleased and excited by the results, that we committed to attempting to construct a whole MX-6 frame using additive manufacturing. 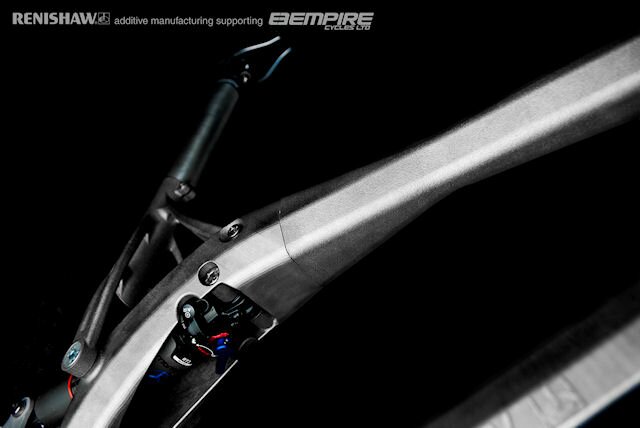 Twenty weeks after our first meeting with Renishaw we had our baby. The MX6-R frame that resulted weighs 1.4kg/3.09lb (the standard MX6-EVO frame weighs 2.1kg/4.63lb). The MX6-R frame was eagerly built up into a full mountain bike. Its not been laboratory tested yet - mainly because we only just managed to finish it before showing it off at the London Bike Show and then at the London Science Museum.

To say were eager to get the MX6-R back in our grasp to test it in the lab - and on the mountainside - would be an understatement. The current cost of producing the MX6-R prototype frame had been around £20,000. Thats quite a lot of pound signs to throw down a mountain, but well give it a go.

Although making a mountain bike via additive manufacturing is not cost-effective at the moment, "proving out the concept will hopefully pave the way for more cost-efficiency in the future.

But why do it at all?

Initially our ultimate aim was weight saving. But horizons have expanded since we began the project. The potential of additive manufacturing for bicycles has not been completely explored yet.

The design freedom afforded by additive manufacturing is immense and inspiring. A bit daunting in fact. Continual improvements can be made easily. Rapid iterations can be made. Theres flexibility to make design improvements right up to production. And as the component cost is based on volume and not complexity, some complex shapes and ultra-light yet super-strong parts are possible at minimal costs.

As its as easy to make one-offs as it is production batches, theres also scope for a bit of personalised customisation. Built-in serial numbers, riders names. Theres no reason why we shouldnt be able to embed RFID chips into the frame as it is being built, creating a security tag that would be extremely difficult, possibly impossible, to remove.

Theyre all just thoughts at the moment. Were having thoughts all the time. This whole thing came about thanks to a thought.

Well also come clean and admit that an aspect of the MX6-R project was to showcase both Empire Cycles and Renishaws capabilities. To show the world what we can do. As it happens, the PR aspect has been utterly overshadowed by the genuine discovery of the almost unlimited potential of the additive manufacturing process and materials.

In the immediate future were aiming to have the MX6-R on display at rounds of the Empire Cycles PMBA Series of enduro races this year so you can see it for yourself in the flesh.

In the longer term, who knows where this technology is going to lead us? Even we don't know yet. We are learning all the time! 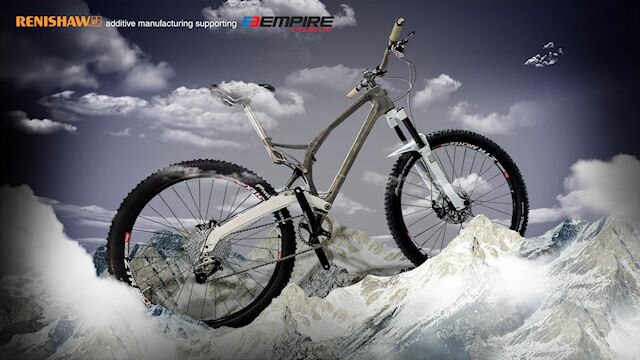